This is the story of the animals of Mossvale.

You and your friends play as the members of a small community called Mossvale during its final hours. In a moment, your world is upended by a disaster that forces you to go on a journey to a new home.

Inspired by films like Secret of NIMH and The Animals of Farthing Wood, Exodus uses a 2d6 system with customizable adjective-based abilities to tell your story as you work together to find a new home. Featuring art by nynphaiel, Exodus is a fast-paced and easy-to-learn system for players of all ages.

Exodus is part of the September 2020 issue of in🎲die zine, click here to purchase!

Exodus is Redwall done as a disaster movie. You play as small woodland creatures fleeing an apocalypse.

The PDF is 6 pages out of a 52 page IN*DIE zine, but the whole zine is stuffed with cool art and games and is worth the look.

Layout-wise, Exodus feels a little cramped. It's trying to pack a lot into a limited space, with art and graphic design to boot. It never verges on difficult to read, but the text does look dense.

Mechanics-wise, Exodus is simple and tight. You roll 2d6 for checks. 5s and up are successes. If you get two successes, you can give one to an ally. If you have a trait that fits the challenge you're rolling for, you can either auto-succeed, make doubles also be a win condition (i.e. two 3s), or increase the success range to 4s and up. Failure means success at a cost, and sometimes this can damage your traits or cause danger to befall an NPC.

Weirdly, Exodus does draw a hard line re: serious harm coming to its characters. Despite the apocalypse, everyone is guaranteed to survive, and this bleeds a little of the tension out of the game in exchange for making it less potentially traumatic.

At the same time, no safety tools are provided with the game, so I'm tempted to just recommend swapping the "no harm can come to woodland creatures" out for Lines & Veils. Lines/Veils can catch other stuff that the players might want to filter out, and it's also flexible enough that you can define exactly what kinds of things you want the cast and NPCs to be able to be in danger of.

Moving back to the game's strengths, though, character creation is straightforward and crunchy and full of meaningful choice. You can play any woodland animal you wish (although the game's intent is that you not be something big like a bear or a deer), and you make a series of choices that determine which traits you have to draw on during play. Because the dice system cares almost purely about whether you have a relevant trait or not, having a variety of traits feels good, and lets you engage with all kinds of problems in-play.

The narrative arc of the game is relatively short, although you can extend it by adding more scenes or complicating the scenes you have planned. Running a session *does* benefit from some planning, as laying out a track of scenes for the players (or better, laying out branching tracks the group can move between) allows the GM to play a little bit more with the game's hazard mechanics (which allow scenes to debuff certain traits, forcing the players to improvise.) Still, running Exodus off the cuff also feels perfectly doable.

Overall, if you want a game about panic, tribulations, and community, Exodus delivers. It's got a great mechanical system, and it fits perfectly in a one-shot timeslot. If you like anything I've mentioned here, check it out if you get the chance.

Thank you very much for the review! In*Die Zine is a great publication and I'm proud to be a part of it. I hadn't considered lines and veils as a way of resolving the narrative potential for character death, but I will in the future. I'm glad you enjoyed the call and response of the traits system, and I will be working to enhance the strengths and decrease the weaknesses you've mentioned here in my next game. 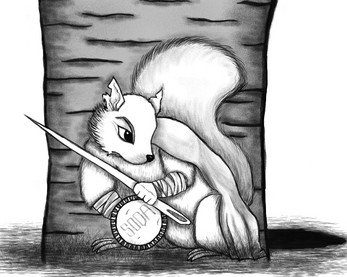 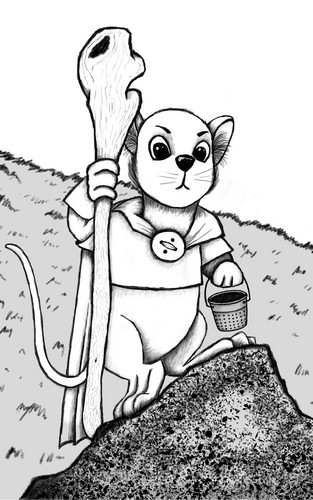