Set during the age of Prohibition in the United States, Cyborgs & Cigarettes imagines an alternate history where the Great War lead to the rise of computing power and cybernetic technology. Players are Torpedoes, people who take any jobs with no questions asked. C&C uses the Assembly System, a set of mechanics designed for quick character creation and ease of use. Perfect for fans of action, espionage, and intrigue, this cyberpunk re-imagining puts a new spin on the classic genre.

Cyborgs & Cigarettes is a really solid medium-crunch pen-and-paper rpg  of 1920s noir crossed with Ghost In The Shell, resulting in a thing that feels very Shadowrun by way of model Ts and mobsters. Or maybe it's more like No Guns Life by way of The Difference Engine, depending on how you play it.

C&C is 88 pages, with totally readable layout but an otherwise fairly bare and straightforward interior. The cover art is exceptional, but it's the only art in the book.

Mechanically, C&C uses a target number and dice pool system, but it stacks a lot of stuff on top of that, and from a player perspective the dice are very malleable. If you've played Savage Worlds, DnD, or World of Darkness, you should be pretty comfortable here, and you'll have a bit more control over the dice than you're used to. A typical PC is *bristling* with good-feeling crunch and combat options, and creating a character takes a little bit of time, but gives you a lot of mechanically meaningful choices.

Storywise, you have to read a solid way into the document to start getting setting information, but when it does show up, it's interesting and well put together without taking up a lot of words. C&C takes place in a universe that takes some pointers from William Gibson's Sprawl trilogy, but uses them to inform an America that's still under prohibition. There's an internet and there's decking, but it's done with weighty briefcase-sized decks that you have to lug along with you, and computing is all wired, so there's giant intercontinental cables to support the system infrastructure. Corporations are powerful, but they haven't replaced governments. Instead, corporations, governments, and crime families are equally strong, and the dynamic tension between the three shapes the setting. Honestly, C&C mixes marveling over the wonders of american industrial ambition with skulking in the shadows and dealing with inequality, and it feels super cool.

Structurally, C&C learns from some of the places where Shadowrun has ease of use issues. Currency is abstracted as hefty points of Resources rather than measured out dollar by dollar. Job planning is gamified and goes quick, and everyone gets to do something. Likewise with downtime, and everyone gets an action they can spend for spelled-out benefits.

C&C does have some rough patches, though. With very little setting information frontloaded, you have to skip to page 64 to get a solid sense of what the world is like. Also, the mechanics are well explained, but there isn't really a comprehensive overview linking them together, and you won't really have a sense of what kinds of things might be in the book until you've encountered them. There isn't a table of contents, so things like vehicle mechanics were a cool surprise, but they popped up out of nowhere.

Overall, if you're interested in crunchy indie systems, or if you like Shadowrun and want to see that style of game done in a radically different setting, or if you dig american history and want to explore a pretty thorough reexamination of the time period, I heartily recommend giving C&C a shot.

Thank you for your review! I'm glad you enjoyed the parts you did. I'll be adding in a table of contents and fixing the broken page in a new release!

It's a really cool game! If you have any plans to do crowdfunding or anything like that for it in the future, let me know and I'll back it / send links to folks.

Cool game; we featured it in our podcast on the Bundle for Racial Justice & Equality
https://theindierpgpipeline.blogspot.com/2020/06/james-lloyd-itchio-bundle-for-r...

Thank you for that! I hope you enjoyed it! 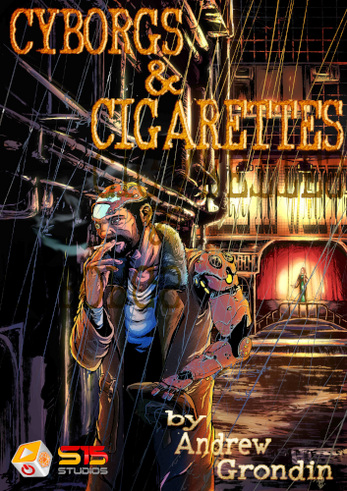